I’ve decided to write some short paragraphs which will summarise the steps I took in my life which led me to get involved with certain markets and industries which I work in today. Typically, I could write a book on all of this, but to keep it relative, I’ve written some small blocks of text as brief summaries. Enjoy the read, as it will give you insight into my background.

I grew up on the south side of Dublin City with a family who were all big into the scene as radio broadcasters, or better known as DJ’s. One of my uncles passions lay in the fields of radio broadcasting, and this is where it all started for me. I think it was in the early 90’s, with the launch of [REDACTED]FM; a station I could only dream of being a DJ on at some point in my life. But I was too young to take part, or so I was told by the relatives of my family.

But I didn’t care. Since I had a friend (Darrin); only a few years older than me who had set up his own radio station and he asked me If I wanted to be a DJ. Leaping at the opportunity, I took the offer. Darrin at the time was a student studying Electrical Engineering at his secondary collage and I learned a lot from him.

Getting Started With Electronics

One day I walked in to Darrin’s studio and found him tuning up the inside circuitry of a LA GEAR Compressor, and a Veronica Stereo encoder. Instantly hooked and intrigued, I wanted to know how he understood the electrical components of circuit boards, schematics and how he knew where to place capacitors, resistors on the board to enhance the sound better than the company who made the hardware. At this point; Darrin introduced me to a book called; Electronics Made Simple. This is where I got my starting point.

The Library, And Fine-Tuning A Legal Radio Stations Equipment

I spent a lot of my time from the age of twelve sitting in the library, reading books after books on Electronics and gradually learned over the years how components such as microchips are programmed with their logic, and how they work. It wasn’t long after – some three years later, I ended up going out to [REDACTED]FM; a radio station Darrin was an engineer on. And I had the liberty of helping him fine-tune their studio transmission equipment. An amazing achievement for two young lads, to have such a roll at such a young age. Truly fantastic!

Catching Up With Darrin And Learning Web Designing

I called round to Darrins home and noticed he was planning a huge project called [REDACTED] kits. It was a website for selling radio transmission equipment; only small kits… Darrin was designing the website himself when I got there, and at this time, I didn’t know that he even knew how to construct a website. As he plotted on, I watched attentively to see what I could pick up and learn, and perhaps start-up my own website for services I would later offer, as I planned on getting into programming as much as I could and wanted to seek-out a career in that industry. After picking up some bits from watching Darrin, I decided to hit the library again for books on website development…

This was quite a steep learning curve, and If I must say; I had poor Darrin tormented with questions on why certain elements of my web-pages weren’t working. It took me about two or three years before I learned the different entwined languages and started to make my own waves by creating my own projects and websites.

How I Got Into Web Hosting

Well its inevitable that you can not have a website without a web host. The first time I bought a shared hosting plan from [REDACTED], It was an incredibly limited hosting package and for some of the websites I was building; I required certain php modules to be enabled which at the time didn’t come with a standard basic hosting plan. Upon running this by Darrin to see If there was any other way around it. He advised me to get a VPS (Virtual Private Server) for more control. This would only serve me so long.

When I launched my website project(s), (and their was quite a few of them); I had realised that a VPS was not sufficient in resources to run all of my websites together. Keep in mind, at this point, I had a website for Voiceovers, Website Development, Bio website about myself, a website on Electronics, just to name a few. And I was building a website for website hosting as I wanted to become a hosting reseller for selling hosting packages. But sticking with the VPS idea didn’t last long, and I branched out a little further…

A dedicated server is something you are solely responsible for, in terms of resources; CPU, RAM, Disc Space etc. But if you buy a decent machine, that server will likely be more than sufficient to run a large number of projects on that server without any issues. The downside however, was that I was solely responsible as the server I bought was entirely unmanaged. Which meant, I was solely responsible if anything went wrong with it and when this became apparent, I now I needed to learn tons more about the infrastructure and how my network could be secured along with my server and the software that ran on it.

This is where I learned website hosting the hard way, as these where the days when DDos protection was non existent and cloud technology wasn’t event spoken of yet. Mod-security was one of your only few ways to try and protect a server from outside malicious bruit-force attacks. This was the one time a library would not be able to help me, because you can only acquire knowledge when faced with these circumstantial events as they unfold, and acquire the necessary experience with each incident as they happen.

It took me about two years to fully grasp how networking was achieved, and another two years to understand how server configurations where set-up, and how they worked. At this point I had put my website hosting project on hold until I learned enough to provide a service I knew enough about to support any possible customers I would acquire. I am writing this in 2019 and I have been hosting people since 2005.

An approximate six year stint learning everything from website design languages such as html. css, php, cold fusion, java and python have all thought me the basics needed to break into the world of game development and application programming. You see, most games are built with C# or C++, while C# (C Sharp) is the desired primary language for game development and application programming such as WPF (Windows Presentation Foundation) projects which are built on the infrastructure of Microsoft .Net framework. The resemblance is that C# is identical to Java which is another programming language I learned and used in website design. This made the transition in languages relatively easy for me, since Java is quite similar to C Sharp.

Current Projects. Are There Any?

Absolutely; I am still working on my game project (The open world construction simulator) which I started back in 2010. I am also working on a responsive AI application which will be integrated with Raspberry Pi boards, and eventually distributed for people with disabilities whom will be able to benefit from it in a variety of different ways once I complete it. I also have a game library manager with built-in live chat, streaming technology and other facilities including a social network for gamers only. With its own built in game overlay. This new app will allow you to access much more of your computers controls and applications without having to leave your gaming screen or ALT Tabbing. This is a project in the making for a very long time; this is a monster project for one person to undertake alone. And so, there is no known or approximate release date yet.

Thank You For Reading

If you made it this far, I’d like to thank you for taking the time to read up on how I managed to work in a variety of the different industry fields that I offer to customers today. If you have any questions, you can contact me, or leave any comments or suggestions below. 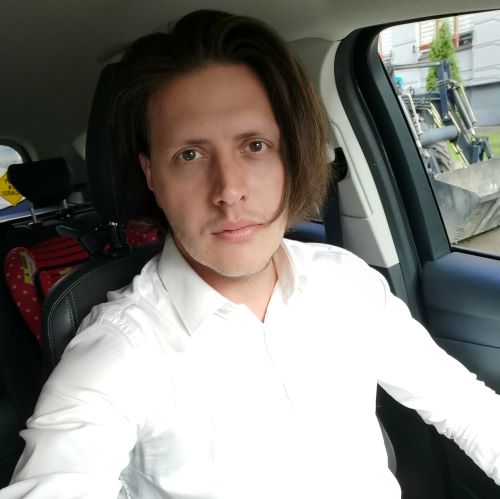